How it all began: the story of Classic Bike Adventure

RC Peter: Road Captain, photographer, bus driver, hardcore bon vivant, hospitality expert – and in a previous life, an education major – has lived in Goa, in the small village of Assagao, since 1989. Peter Paulo dos Santos is the guiding hand behind all of our motorcycle tours, be they in India, Bhutan or Nepal, as he has personally guided every single tour – and remains active on pilot tours in Ladakh, Sikkim, Bhutan, Thailand and many other new destinations. How did it all begin? Back in the day, RC Peter was a tour manager and guide on Cyprus, and ran a guesthouse with an affiliated motorcycle rental service. But then his friend Klaus encouraged him to join him in Goa, where the combination of tropical beaches and classic motorcycles proved irresistible – it was time to dedicate his life to his true passion. The winters on Cyprus can leave a lot to be desired, so Peter flew to Goa to soak up the sun and – being a died-in-the-wool biker – to see India from the saddle of an Enfield Bullet. Off he went, on a three-week motorcycle tour, where unfortunately nothing worked out as planned. The tour mutated into a ride from one mechanic to the next, all without the aid of usable maps or travel guides. Yet Peter stuck with it! 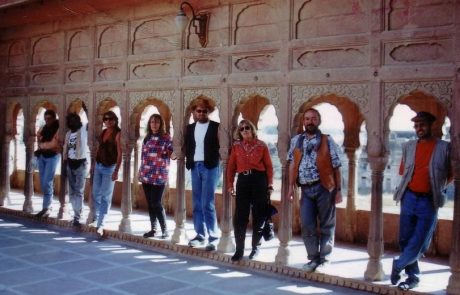 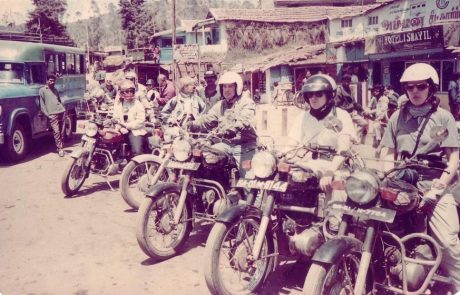 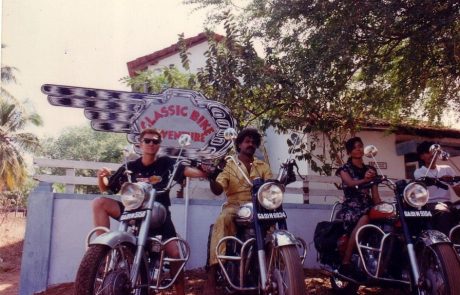 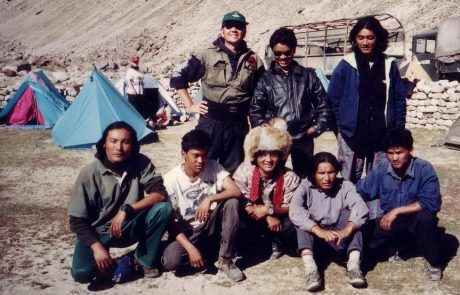 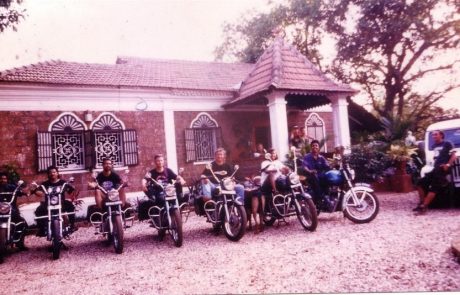 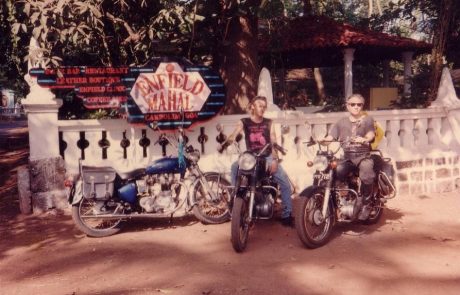 Motorcycle tours in India: there had to be a better way!

On his very first motorcycle tour in India, Peter was joined by journalists from Germany’s leading motorcycle magazine, and people were soon calling for a readers’ tour. Bikes were bought – and guided motorcycle tours became a thing. The venture got off to a good start, because the vibe between Peter and the Indians – with their attitude that “impossible” is just a matter of negotiation and their talent for improvisation – was just right! In addition, Thomas Warneke, who had already seen all of India on his Bullet – and knew all the mountain towns in the South – joined the endeavor. Together they founded “Peter and Friends Classic Adventures Private Limited” for guided motorcycle tours, with a motorcycle service center, guest houses and a jungle lodge. Asked for the secret of his success abroad, Peter Paulo Dos Santos says: “You need to truly respect the locals!” That’s the key to the sunny side of life in India.

Today, more than 30 years later, Classic Bike Adventure organizes almost 20 tours every year – and not just in India. Other countries have been added, such as Nepal, Bhutan, Thailand, Vietnam, China and Tibet. And all with consistently high standards for service on the ground. A professional team leads the tours, with local road managers sharing the responsibility with German motorcycle guides. And every tour is accompanied by an experienced mechanic and a support vehicle as a matter of course. That’s how 5,000 riders got to know the magnificent continent of Asia on 600 tours.

Guided motorcycle tours: what to expect

Ayurveda, Indian food, colorful fabrics and Bollywood: India is booming. A confident new image has replaced the old one marked by poverty, dirt, hunger and a spirituality to which very few people had real access. Despite India’s burgeoning economy, mass tourism has not yet taken hold in Goa, one of the most beautiful regions of the country. Goa gets 300,000 visitors a year – as many as Mallorca gets in a single week! Guided motorcycle tours in India remain individual journeys of discovery to extraordinary temples and through majestic mountain regions and breathtaking nature. And when we say “breathtaking” – you can take that literally! On our Three Lakes of Ladakh Tour in the Indian Himalayas, to name just one example, we hit altitudes between 3,000 and 5,000 meters. Word has gotten out about Classic Bike Adventure’s guided motorcycle tours in India, and so our team is on the road all year round – in the Himalayas, Rajasthan, Goa, in southern India, but also in Bhutan, Nepal and Thailand. 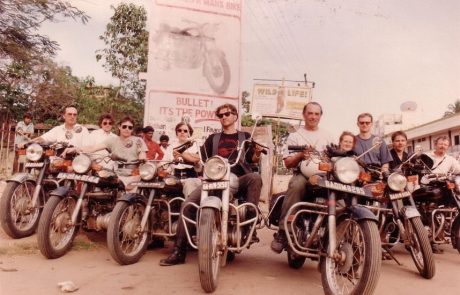 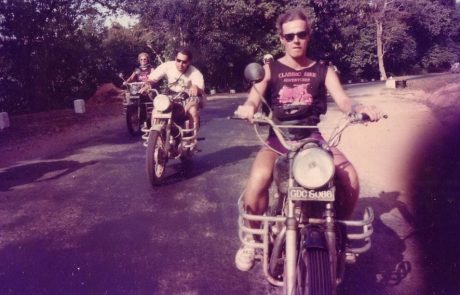 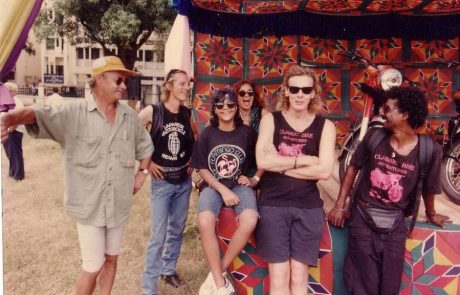 The future of Classic Bike Adventure

Peter has since settled in northern India and continues to plan new tours, but in future he’ll mostly be active in the background as Senior Road Captain. The day-to-day management will be taken over by longtime partners and team members Hendrik Heyne, who founded Tibet Motorcycle Adventures in 2010 and became Managing Director in 2020, and Vinod Kaishta.

A diet of hot curries and fresh seafood sounds good to you? Are you ready to trade 24/7 connectivity, stress and consumerism for adventures in the saddle and lazy days on the white beaches of Goa? Guided motorcycle tours in India mean 500cc in a single cylinder – and a Kingfisher Lager or two to wash down the dust at the end of a long day on the road. The rave reviews from previous participants inspire us to continuously optimize all of our tours and to show you fresh routes and destinations off the beaten tourist track – in stress-free small groups of eight to ten bikes. Or as a custom-tailored tour. Simply get in touch: At Classic Bike Adventure, we’re happy to share our experience and passion with you! 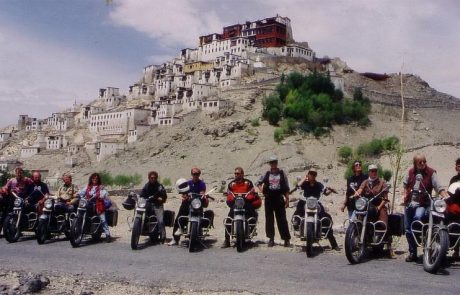 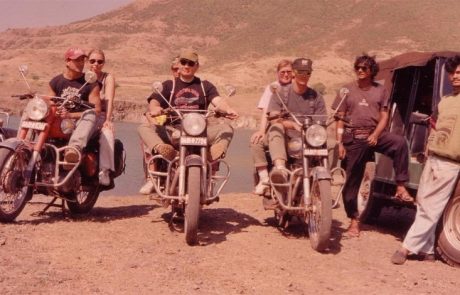 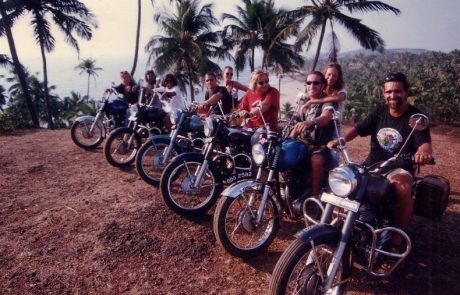 Here you can read some interviews with RC Peter!

Interview 1: In the beginning there was the Royal Enfield Bullet….

Interview 2: A love affair with the Land of the Thunder Dragon