Take a look at our team! 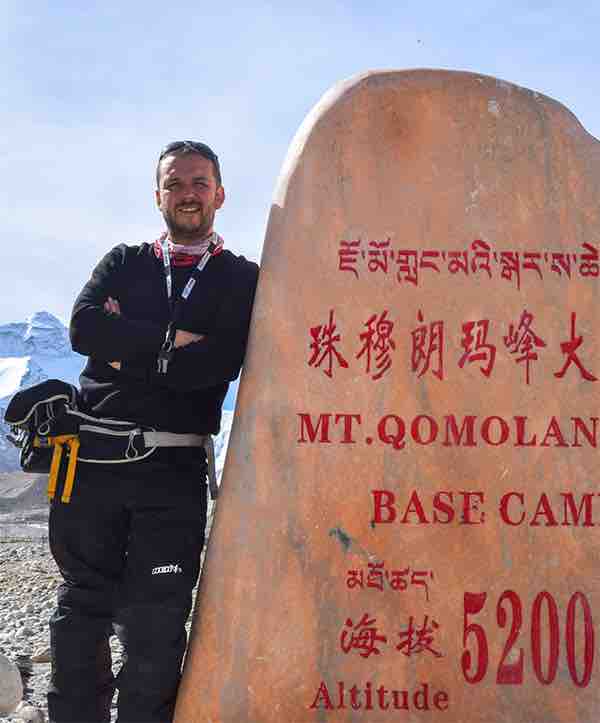 A 5th dan karate instructor and tai chi instructor, Martin has been living in Goa with his family for over 30 years and has been a part of our team for the last ten. He’s a guide for southern India, Ladakh and Rajasthan. Martin is a passionate blues musician, beachball player and parent, and he lives life to the fullest.

Tashi is from the Himalayan Kingdom of Bhutan and was born in 1980. His friends call him DJ Baila because he often DJs in clubs. Of course, only if he is not guiding one of our motorcycle adventures in India, Bhutan, Nepal or elsewhere. Tashi started riding motorcycles at the age of 12 and became a professional Road Captain in 2009, a dream come true for him.

Tashi speaks four languages ​​fluently: German, English, Hindi and Nepali, in addition to his native language Tibetan. He is often asked how he learned these languages. In the early 2000s, Tashi went to Germany to become a central heating and plumbing apprentice. When he returned to Bhutan after a few years, he was more needed in the tourism industry due to his knowledge of German, and he started guiding tours instead of repairing pipes. At that time, he was the only German-speaking Bhutanese guide in the whole country.

English is like a second language for Bhutanese and all schools in Bhutan teach English. Hindi and Nepali are almost native languages ​​that he grew up speaking.

As well as being a great rider and Road Captain, Tashi always strives to please our riders and offers unique cultural insights with his extensive background. A sociologist, mediator, diving instructor, tour guide, Indian traveler and experienced Enfield rider in Berlin, Willy is an old hand in the Indian Himalayas. He will be continuing his Road Captain career in southern India and Bhutan in the upcoming winter season. Julian has Austrian parents and was born in Dharmshala / India. Growing up in the Indian community and attending the Tibetan school in the Dalai Lama’s homeland of exile, he has internalized Indian and Tibetan culture and speaks fluent English, Tibetan, Hindi and German. Julian completed his bachelor’s degree at the Film Academy in London. A few years ago he took over a well-known café in McLeod Ganj/ Dharmshala, which he runs when he is not guiding motorcycle tours. He is happy to share his extensive knowledge of India, Nepal, Bhutan and Tibet with anyone who is interested. Tiziana is Dutch and an architect by training. She grew up infected by the travel bug and spent many years in Italy. She is now more at home in the Himalayas than Holland after riding an Enfield overland to India. As she puts it, that was a dream she never woke up from, prompting her to give up her career in architecture and spend her life on the road. Her favorite mode of travel is still cruising the Himalayas on a Bullet and savoring every second. Tiz now regularly runs our tours in Nepal, Bhutan, Thailand, Vietnam and Sri Lanka.